An extraordinary place of natural beauty and serenity, our West Virginia mountain resort provides the ideal setting for a weekend get-away, family vacation or retirement home.

Golf reigns at Alpine Lake.  Our West Virginia Golf Resort was chosen by Golf Traveler magazine as a Top 50 “scenic & friendly” destination in the U.S.  Five holes have the lake in full sight and the 10th hole has water surrounding the green on three sides providing for spectacular views. 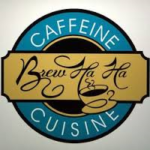 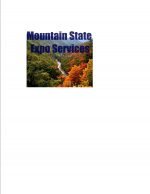 The Inn was constructed in the Civil War era by James A. Brown,Visit Preston County Inn an attorney and a graduate of West Virginia University. He fell in love with a beautiful girl named Isabel who was from Baltimore. They were married and the house was given to Isabel as a wedding gift from her loving husband.

However, they lived in the house for only one year. Isabel contracted smallpox and soon died. James Brown became a Victorian mourner and would not allow anything belonging to his lovely wife to be touched. Nothing was to be changed or moved. Even her sewing remained as she left it, needle in cloth and thimble nearby.

Highlighting the exterior decoration of the house was the roof; in large letters of light colored slate was the word “home.” Through the years and change of owners, this was either removed or covered with new roofing. Much of the front part of the home has been restored to its original nature. There are a total of seven fireplaces in The Inn, three downstairs and four upstairs. The hearths and mantels have been refinished and restored to their original condition. Guest sleeping rooms were added in 1948 as a new addition to the inn. Also included in this large addition were the large kitchen and dining room.

This Historic 1857 Federal Brick House on Kingwood’s “Main Street” has been offering lodging and fine dining in Preston County for over 77 years.  The addition to the back of the Inn includes a full service kitchen with three dining rooms.  The tradition of excellent food and service continues with an extensive menu for parties, receptions, private group parties, as well as casual dining.

All guests have access to the screened-in porch as well as the rest of the Inn and restaurant.  All reservations come with a complimentary Continental breakfast.